In this third episode of our 2021 speaker series we have a conversation with co-driver  Rhianon Gelsomino.  According to ewrc-results.com she has 145 Rally starts and 12 overall wins all over the world. She’s made a couple of appearances in Canada and keeps busy with rallies and training teams. Originally from  Wedderburn, Victoria, Australia  and coming from a family of notable rally people including brother Brendan Reeves and is married to  Ken Block’s co-driver Alex Gelsomino.

This will be a fascinating talk, don’t miss it.

Australia-born Rhianon Gelsomino began competitive rallying as a co-driver in 2005 at the age of 24. Coming from a family of rally drivers (father Mike Reeves and brothers Nathan and Brendan), she has been around motorsport her entire life. Her first event was with Nathan in a Datsun 1600, and she has been the co-driver for Brendan in 82 rallies all over the world. Her first professional ride was with Mazda Australia in 2008. Originally a physical education teacher in a high school, Rhianon took up professional co-driving full-time in 2010. She has sat with 27 drivers, raced in about 18 countries, and done over 160 rallies, winning rounds of the Australian, New Zealand, American, Scottish and Asia Pacific Rally Championships. Rhianon is married to another co-driver, Alex Gelsomino, and currently living on a fairly remote property in the Idaho mountains.

Join the live stream with Rhianon Gelsomino to hear about the worst and scary times (2009 crash and 2014 fire), the ups and downs throughout the years, and the funny stories of rallying. 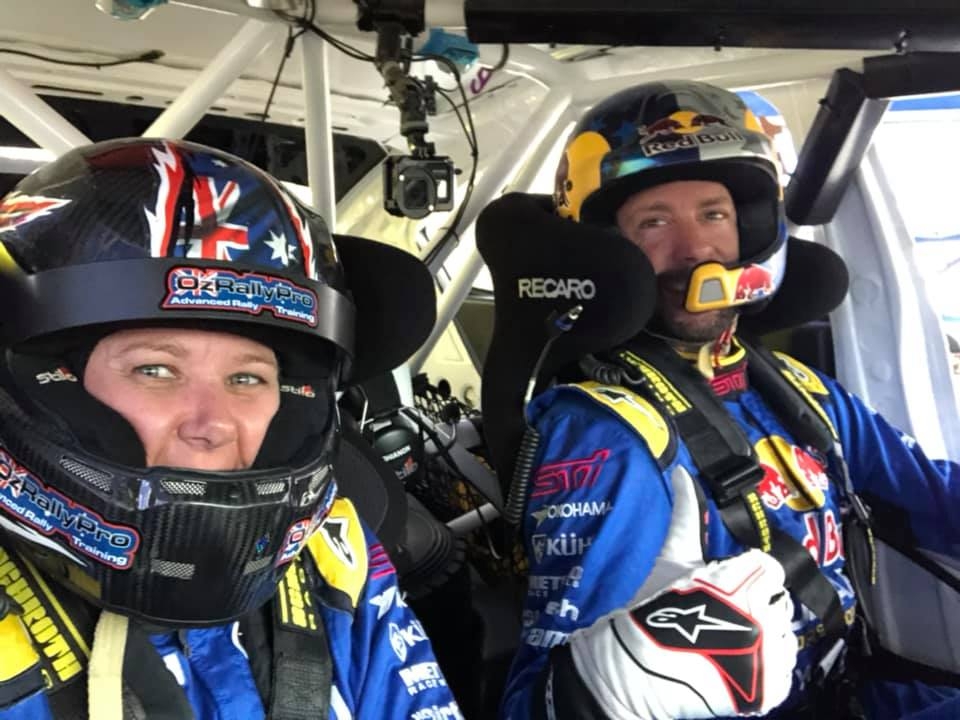 This event will be live the KWRC YouTube Channel on Sunday January 17, 2021 at 3:00PM EST. If you are watching live you can post questions that we will try to pass along or you can watch the YouTube recording at a later date.

KWRC would like to thank IGS for providing the web space.